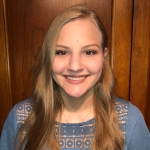 The second learning experience that my group was assigned to do was “Wide- Awakeness and the Moral Life” by Maxine Greene. The reading talked about how in general, the education system is not as awake as it could be. This means that some people are going through the daily actions of life without really thinking about it and this means that they are not getting all the benefits they could get out of life. In the reading, the author talks about how the average person does not ponder on “why” we are going through the motions and how can we change our life to be more present and be more awake. My Learning Common group decided to focus on the words commitment, awareness, indifference, mechanical life, agency, consciousness and the system. Those words spoke to us because we need to understand all of these words to get the most out of life. We decided that out of all the words, consciousness was the most similar to wide-awakeness so we decided not to cover that as much as the other words. My group decided to each take one word to talk about with our groups and by doing this, the system was left out so we decided to talk about that with the class as a whole. We once again met up in my room to work on the project. We decided to try to scare the class into being wide awake and we went back and forth on if we were going to show a video that would scare the class,  but in the end, we settled on me setting off an alarm on my phone. We all had a fairly strong grasp on the reading so there was not a lot of discussion of the reading and we instead tried to think of how we were going to present the information to the class. We decided on a google doc that the group leaders could add on to when meeting with the groups. This doc would be presented on the screen for everyone to view what the other groups were talking about and when the groups switched, they could see what the previous group was discussing. My contribution to the design of the learning experience was to dive deeper into the thought of commitment and come up with examples for it. I also was in charge of finding out what our scare tactic was going to be to make sure that the class was wide awake. I found a video of a siren that sadly did not scare them the way we wanted, but it did get my peers to look up. During the learning experience, it was my job to set off the alarm, to read our example of the system and to talk in small groups about commitment. I also made sure that we switched on time to make it so that everyone could talk to each group. Our references for this project was the article by Maxine Greene that was posted on Canvas.

Educational Technology in the World

A documentation of my journey through educational studies.

A daily selection of the best content published on WordPress, collected for you by humans who love to read.

The best longform stories on the web

The latest news on WordPress.com and the WordPress community.